My rejected entry for the SCRAP recycled-repurposed art show. Not everything an artist enters is accepted in a juried show.  So many things are involved from the jurors; their personal ideas, thoughts and likes and what they think the show should exhibit.  Many disappointments and many triumphs that one cannot take as the final judgment.  It is just one show and certain judges.  From rejection, one learns humility and lessons to not give up the desire to create.  One show does not define you.
A well known writer was rejected six times before being accepted to publish and it became one of the most sold books in the world.  So, I will try again and make more art.
This piece I made from a few of the many discarded National Geographic Magazines donated to SCRAP.  The background map of San Francisco was also found at SCRAP as well as the frame and backing boards.  The only part that was not found at SCRAP were the special pins for taxonomy bought at Paxton Gates.  The mod podge, acrylic paints and glues were also from SCRAP. 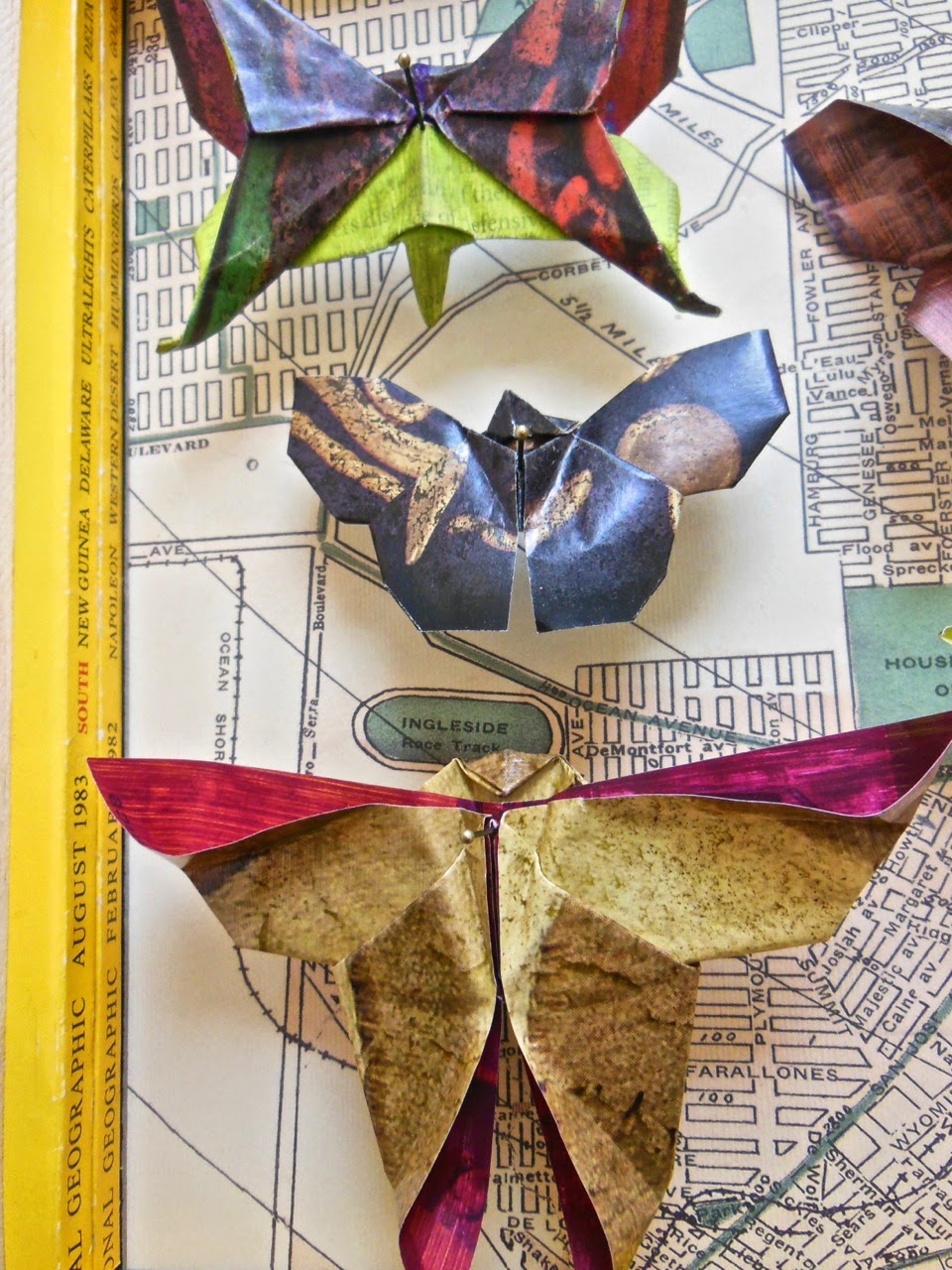 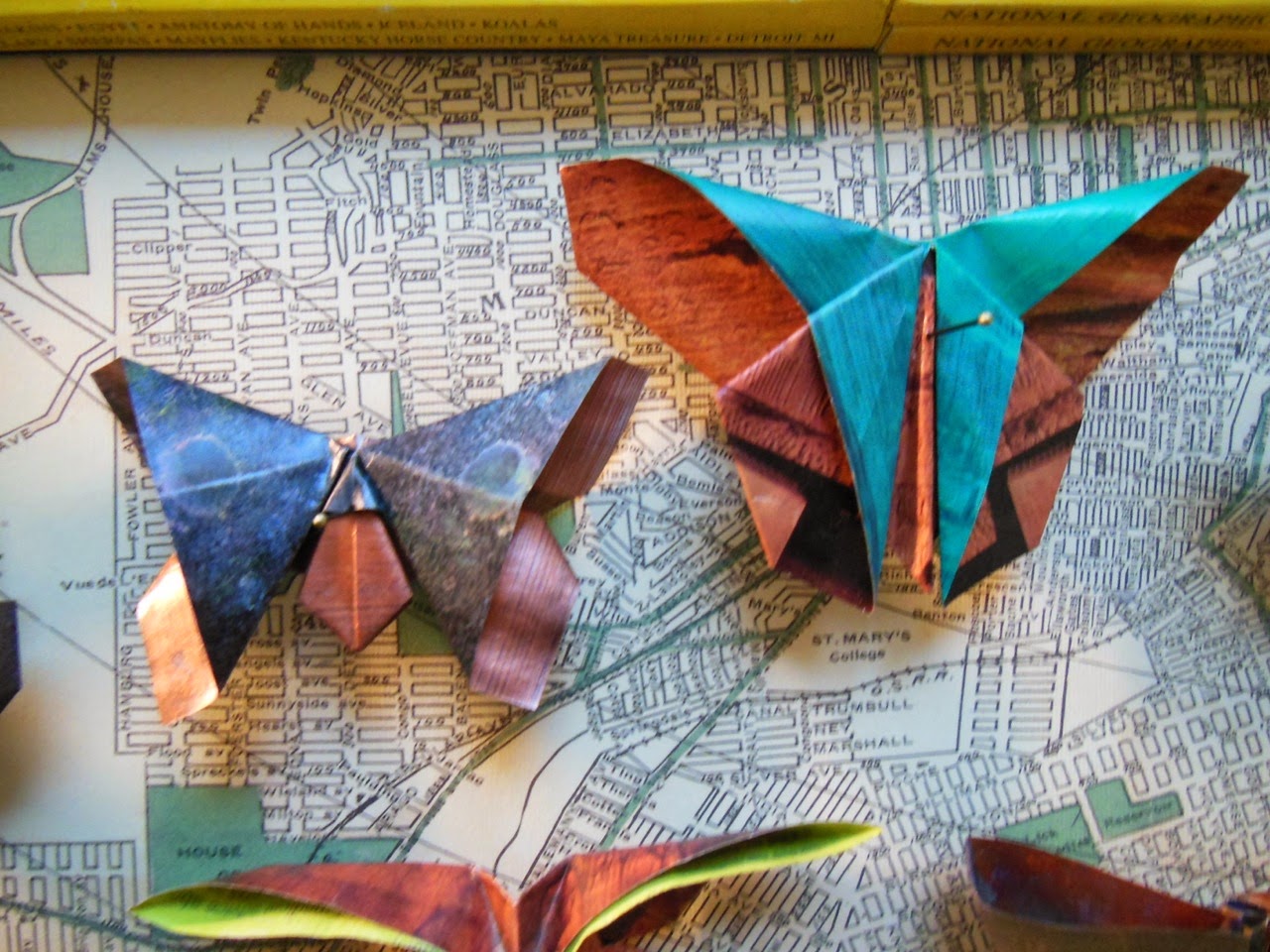